A Poll by the impartial Brennan Center for Justice found that almost one in six local election workers had received threats of violence against him and his families, and almost one in three said they felt unsafe about their job. The threats are real to both officials and workers. Tricia Rafffensperger, the wife of Georgia Republican Secretary of State who refused to "find" 11,780 votes for Trump to win, has caught calls and texts promising her family "gets killed very slowly.“The Michigan Secretary of State had her home surrounded by an armed militia.

David Becker, executive director and founder of the Center for Election Innovation and Research, said this will "absolutely" lead to a mass exodus of professional election administrators. It already happened, especially in the swing states: A third of Pennsylvania's county-level electoral officials quit last year along with 24 Wisconsin district and community officials. They are already receiving miserable salaries and are said to be experts in logistics, cybersecurity, communications, customer service and voting rights. Now, not only must they and their families face severe penalties for performing their duties, but they must also live in fear. And that's not the worst. Is it any wonder they're leaving?

Worst of all, the problem is with volunteers who work long hours for little or no money – up to 14 hours on election day. Not only are they in the most immediate danger, but they are also the ones we are most likely to lose. Our free and fair elections, our democracy, depend on the participation of these committed, trained workers. Getting people to volunteer was already one big challenge long before last year, but in 2020 the problems really started to get out of hand.

"We're going to make the Boston bombings at polling stations in this country look like child's play." —From an e-mail message received at electoral offices in more than 10 Georgia counties

First, election workers tend to get older, too most are over 60. The COVID-19 pandemic has resulted in many of these election workers no longer volunteering because they feared getting sick. But now potential volunteers must decide whether their civil duty is worth the stalking, harassment and threats of violence by some of their compatriots in America who cannot accept the election result.

A longtime election worker and her daughter are still in hiding after Donald Trump and his right-wing allies maliciously shared selectively edited and misleading clips from surveillance video shows a suitcase with ballot papers, which was clearly visible for the press and monitors, because they thought their work was done for today and they could leave. An other man had to move and change its appearance because a surveillance video showed him crumpling up instructions that Trump supporters mistakenly labeled ballot papers. A Black Army veteran The submission of ballots was followed and almost drove off the road by an SUV. She had to be escorted by the police and said she was very unlikely to volunteer again.

The Fulton County Electoral Director Richard Barron was inundated with hundreds of threatening messages to him and his employees. Most of the threats were full of racial slur as his staff are mostly African American. Unfortunately, with very few exceptions, Republican officials and politicians have refused to denounce these threats. Indeed, Trump and his political allies have actually requested or encouraged violent behavior. (Violence seems to be the new normal for the GOP; just check with Capitol Police officers 6th January.) 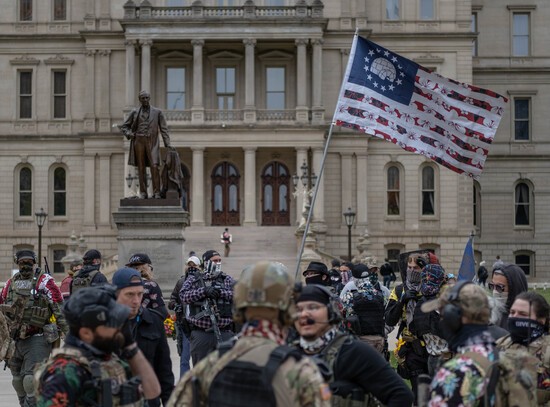 Most Republicans agree that violence is acceptable to save the "traditional American way of life."

Unfortunately, but not surprisingly, there has been woefully inadequate law enforcement response where the violent threats have been worst. In Georgia, where paramilitary activities by militant right-wing extremist groups were persecuted more than twice as often as nationwide, there were next to no arrests for harassment and death threats against election workers.

Threats against election workers in blue states like Virginia and New York have led to charges and arrests. However, Gwinnett County's Attorney General Brian Whiteside said he was deeply afraid that his people might be injured "because (the police) fail to make enough preventive arrests when these incidents happen".

The Democrats are on our own here. In no way can we expect Republican lawmakers and governors to take responsibility. In fact, many are turning up the rhetoric Excuse violence, Expulsion of democratic electoral officials, and sparked false indignation pursue fraudulent "audits" looking for bamboo fiber based on insane, debunked conspiracy theories. All of their movements are designed to exacerbate the violence, not to contain it. The fact that so many election officials are quitting along with many workers is not really a problem for the GOP – it is the goal.

Fewer workers mean fewer polling stations, or at least longer queues. The longer lines are almost entirely in populous areas, and that's what it's all about. The electoral infrastructure in Swing States under Republican control has already faced unprecedented challenges from the pandemic, and most offices, as they are, are pathetically underfunded. One of the few reasons the 2020 elections worked so well was because of external grants from nonprofits that built up the void.

The GOP put the kibosh on itthereby preventing county governments from working with the private sector to obtain future grants. This means that in the red federal states there will in future be even fewer funds available for polling stations, election workers and election security measures; but that's the whole point.

If Washington doesn't act, the 2022 midterm elections are likely to have the longest queues, least security, most voter intimidation, least worker education, and fewest election workers in decades. This means nothing about the critical voter registration and reach the counties could achieve with this private grant funding. Unfortunately, the conspiracy theorists, who have plenty of time and are absolutely committed to the sabotage of our democracy, have only grown in number and will come into effect at the next election.

Worse still, the Trump Republicans who tried to overthrow the last election fight to be the officials to lead the next. These include Jody Hice from Georgia, Mark Finchem from Arizona and Kristina Karamo from Michigan to name a few. None of them have a hint of integrity or independence. Don't rely on any of them to stand in the way of Trumpists threatening to use violence against election workers as theirs The aim will be to overthrow any election where they don't like the results.

Democrats, of course, are not helpless. A pro-democracy Justice Department has set up a task force to tackle the threats election workers face. You have the option to prosecute criminal offenses when Republican-led states decide to issue passports to violators. It is imperative that the DoJ use this power to deter criminals who seek to sabotage our elections.

In addition, a group of Democratic MPs recently introduced two important pieces of legislation. Senator Amy Klobuchar's first has the title Protection of the electoral administration from interference laws. This law would extend the ban on threats against election officials to include those involved in vote counting, campaigning, and confirming election results. It also strengthens the protection of election papers and voting systems to "prevent election officials or others from compromising the preservation and security of the ballots cast". 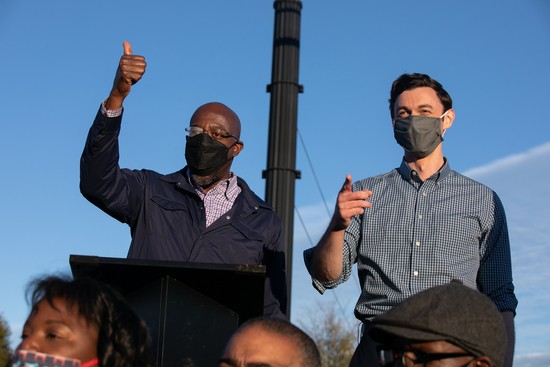 Another bill from Georgia Senators Raphael Warnock and Jon Ossoff is called Preventing the electoral subversion lawwhich would prevent local election officials from being dismissed without a reason, while at the same time protecting the safety of election workers and volunteers. It would also create a minimal buffer zone to limit how close an election observer can get to a voter and make it a federal crime to harass or threaten an election worker.

We heard a lot about it For the people's law, which addresses access to voters and curbs some of the GOP's racist electoral repression, but these other two laws are just as critical – if not more important. Joe Biden put the full weight of the presidency on getting infrastructure passed, but those bills are far more important. We are literally in danger of losing the foundation of our entire republic, especially since the GOP has now given up any claim to want to preserve it.

We must put that effort first when the Senate returns this month. If Republican politicians want to block them, let them; I would love to hear them squirm as they explain why they oppose protection from violence against election workers. Mention this on every political show. Vote on it. We really have nothing to lose – except our democracy.

Contact your senator and tell him to pass the Electoral Administration Protection Against Disruption Act, Electoral Subversion Prevention Act, and People's Law.

In defense of the "gentrification building"